Skip to content
HomePut Some Sci-Fi in those stockings! 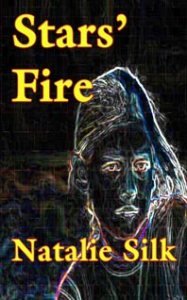 Dahliea Gherac is the sheltered daughter of a politically powerful father. She is also from a very wealthy and prominent family. Yet, Dahliea is treated as an oddity by the dominant society, is hounded by the media, and is bullied by her peers because her mother is a blonde-haired, fair-skinned woman from Earth.

Dahliea so desperately wants to be accepted by her school mates and wishes that she is like every other S’Renen. Dahliea must cope with daily life and her world’s impending war with the Union.

As her world goes to war, Dahliea soon learns that she is a pawn.