Got a difficult to buy for teen?  Do they like action?  If so, you might want a Guardian Angel. 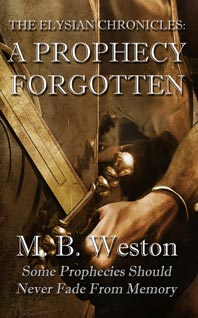 When Major Davian, the most decorated soldier in the guardian angel military, is sent to earth to guard seven-year-old Tommy O’Connor, he thinks the assignment is beneath him. However, he soon discovers three alarming and critical facts.

*The fate of both Davian’s world and Earth is tied to Tommy’s life.
*The demonic forces his people have been fighting are intent on possessing the boy.
*A prophecy most of Davian’s people have forgotten indicates that the existence of the child will coincide with the rise of a traitor who will take over Davian’s homeland.

Davian is torn between protecting Tommy at all costs and preventing the conspiracy of his fellow soldiers to seize power.

The spiritual forces of legend are massing for war. The elite warriors of the Guardian Angels must act quickly to save those they protect and prepare for combat with their demonic enemies in the third great Battle for the City of Ezzer.

The prophecy Davian’s people had forgotten has been fulfilled; Elysia is now slave to a tyrant. His mercenaries, the dreaded Black Guard, kill at will, casting a shadow of terror wherever they tread. Elysia’s enemies, the mornachts, have overrun Earth, and the human child prophesied to rid evil from both worlds may not survive their attacks-or impending world war.

Elysia’s only hope for freedom lies in Davian. Once a decorated officer, Davian now roams Elysia’s outskirts as an escaped fugitive. Armed with only a stolen sword, he and three loyal soldiers vow to somehow return to Elysia through a wilderness full of mornachts, Black Guard, and a nameless evil that slithers in the darkness, watching Davian’s every move. For Davian to succeed, he must gather an army and somehow convince the neutral races of dragons, unicorns, and gnomes to help him along the way. The closer Davian gets to Elysia, the more one thought haunts him: To free his countrymen, he must betray his country.